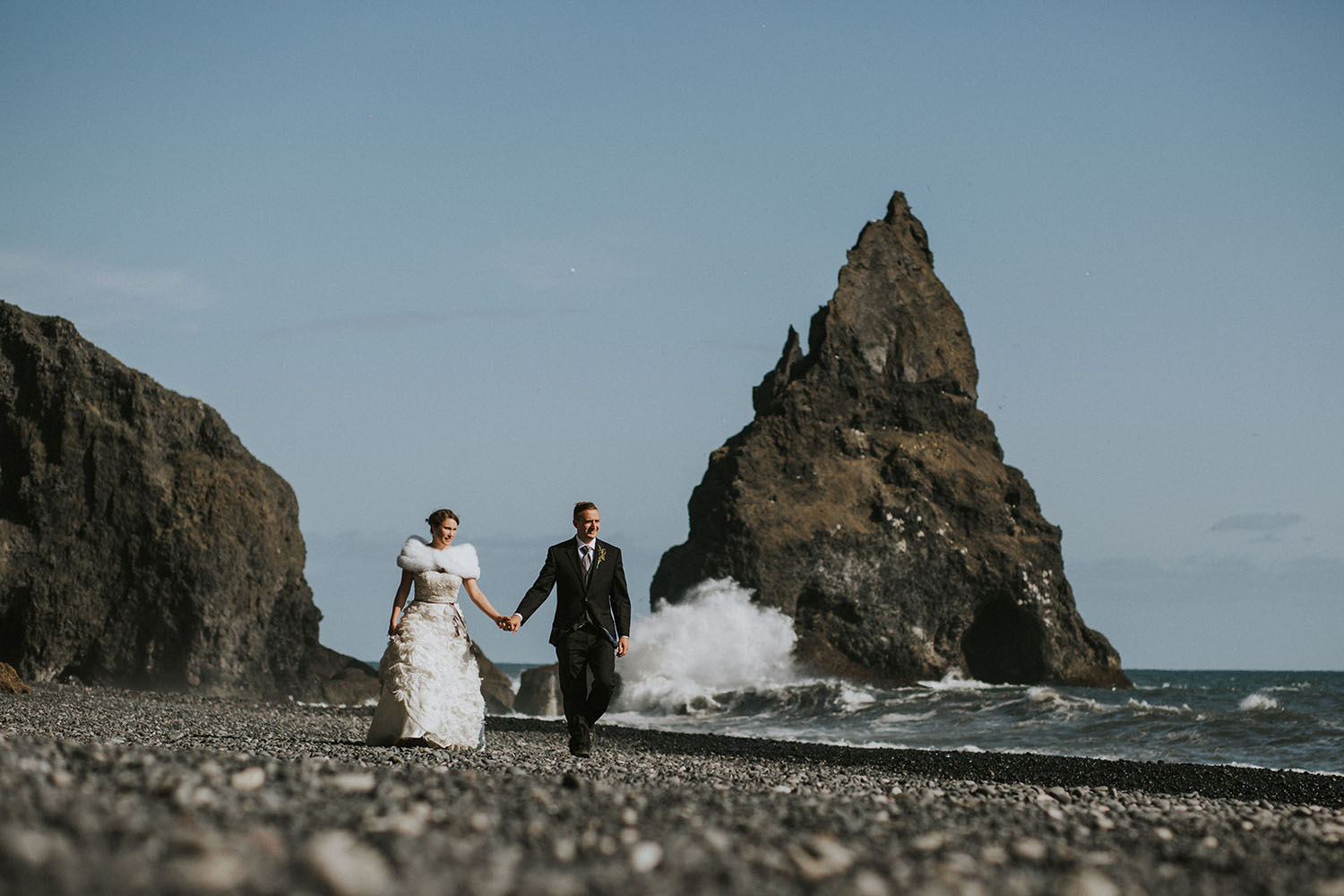 Liz and Adam's South Iceland Wedding on the Dyrholaey Cliffs

Iceland is an incredible country. I couldn’t even fully absorb its awesomeness on my visit. The magnitude of everything is just unbelievable. I had a grand idea of seeing the entire country in my van in 9 days. No way. There’s just too much to see. I was stopping every ten minutes to photograph a waterfall, mountain, glacier, or wild horse. I only made it about a quarter around the country. On my visit I was also photographing two weddings, one on the west side of the country and another in South Iceland near Vik. Both weddings were absolutely gorgeous.

Liz and Adam originally had booked me for their wedding in the States. But one day they called me to ask if I minded traveling to Iceland to photograph their elopementt. Uhhh, heck yeah! Liz and Adam had never even been to Iceland, but they took ten days off to adventure around the country. Their hotel was near the beautiful Skogafoss, a very popular wedding ceremony site. But the two decided to have a more intimate affair on a cliffside in South Iceland not too far from Vik. The whole thing was pretty magnificent.

Liz and Adam got ready in their separate hotel rooms at Hotel Skogar. Outside little baby lambs ran around the property. The two met for an emotional first look outside of the hotel. Then we all headed out on a tour of the lesser known waterfalls in South Iceland before their ceremony. South Iceland can be very touristy in the summer near some of the more popular falls. Luckily, there are plenty of waterfalls to choose from in Iceland and we never met anyone else on our adventure. The skies were blue and the sun was out. Actually, in May the sun stays out for 23 hours a day! And when it goes down it just skims below the horizon a little bit and rises right back into the sky. At one waterfall, the sun had reflected in the water to create hundreds of little rainbows. I’d tell you the name of the fall, but many Icelandic names are impossible to pronounce (or remember for that matter).

We then headed to the black sand beach called Reynisfjara near Vik. The beach was spectacular with large black sands. And if you hike along the water you can find the basalt columns inside a cave. Just watch the tide. You don’t want to be caught in the cave when the tide is coming in. Hike just a little further and you have the whole beach to yourself. Here the waves crashed against the rocks and made for some dramatic photos. After our shoot on the black sand beach, we drove up a sketchy road to the Dyrholaey Cliffs for Liz and Adam’s ceremony. These incredible cliffs overlook the ocean. And we had the place completely to ourselves. Liz and Adam’s family gathered around as they said their I do’s and then we all drove down the narrow road to the Skogafoss Restaurant for dinner.

Thanks so much for adventuring with me in Iceland Liz and Adam! I loved being a part of your special day. 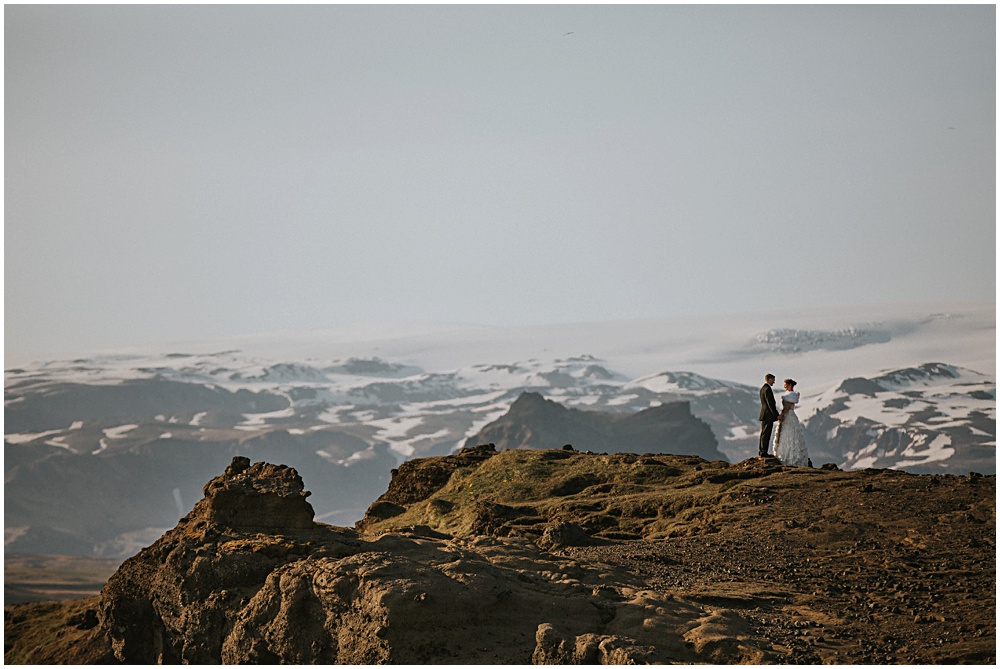 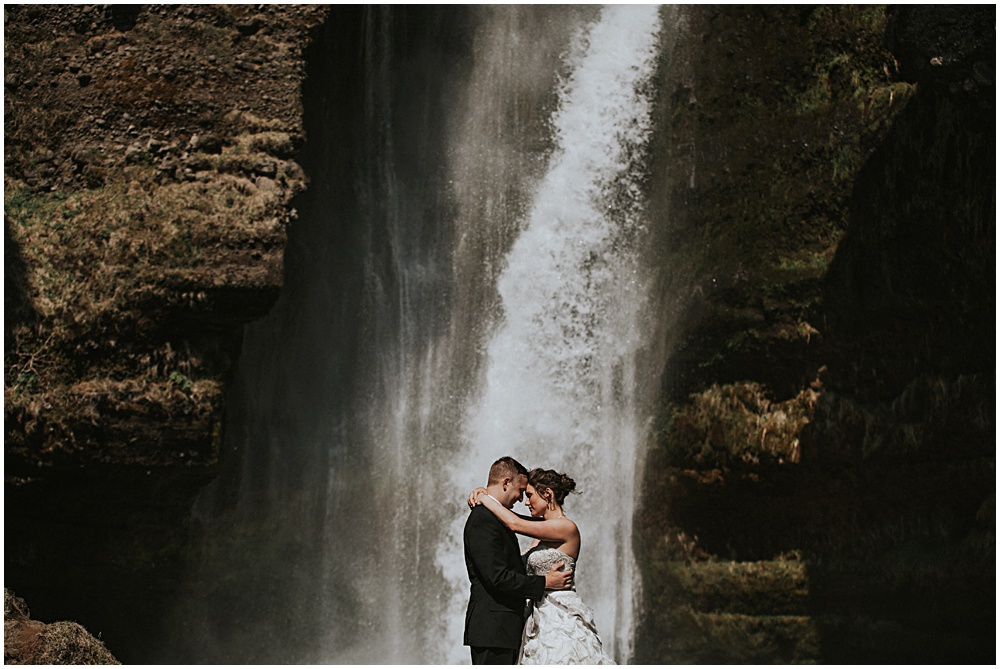 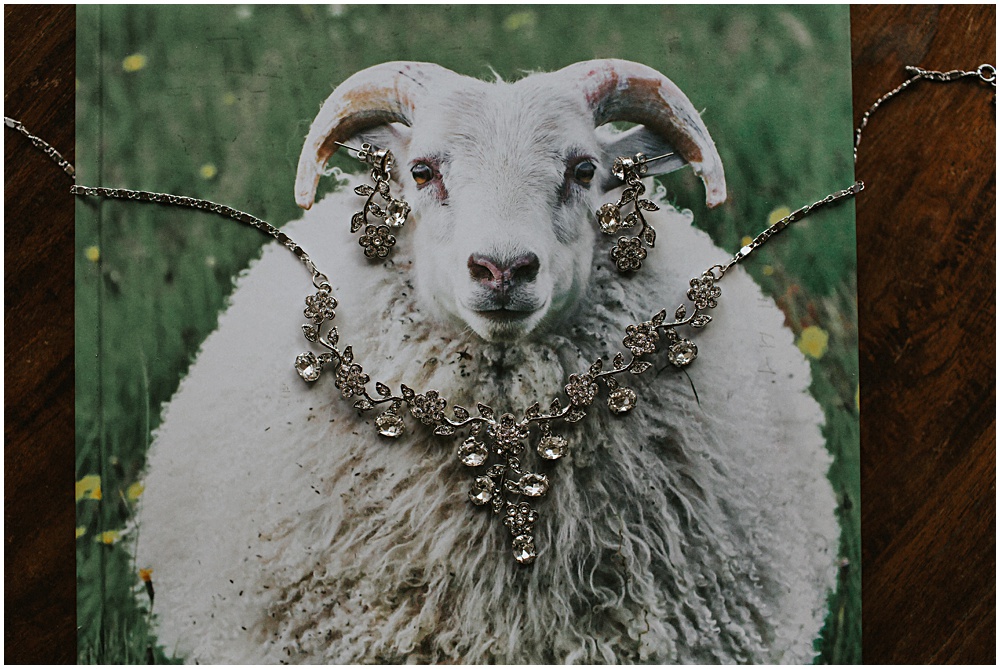 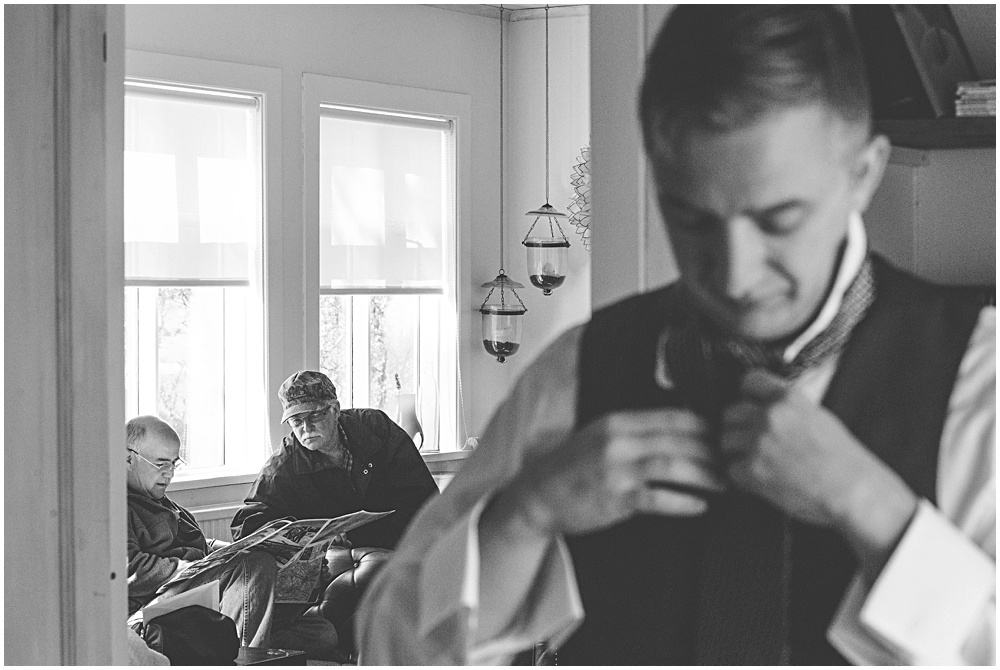 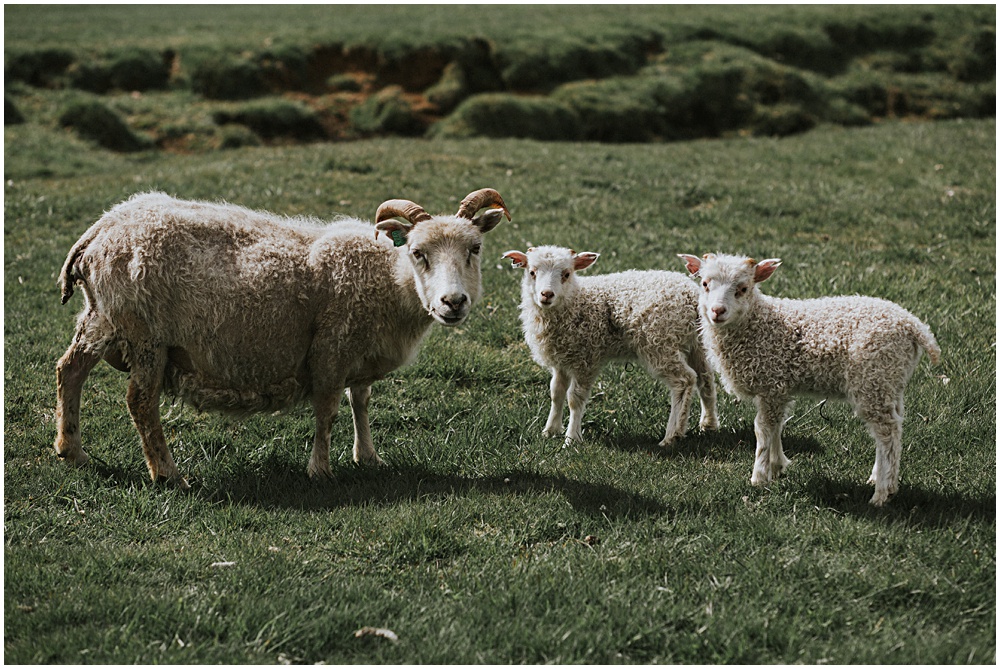 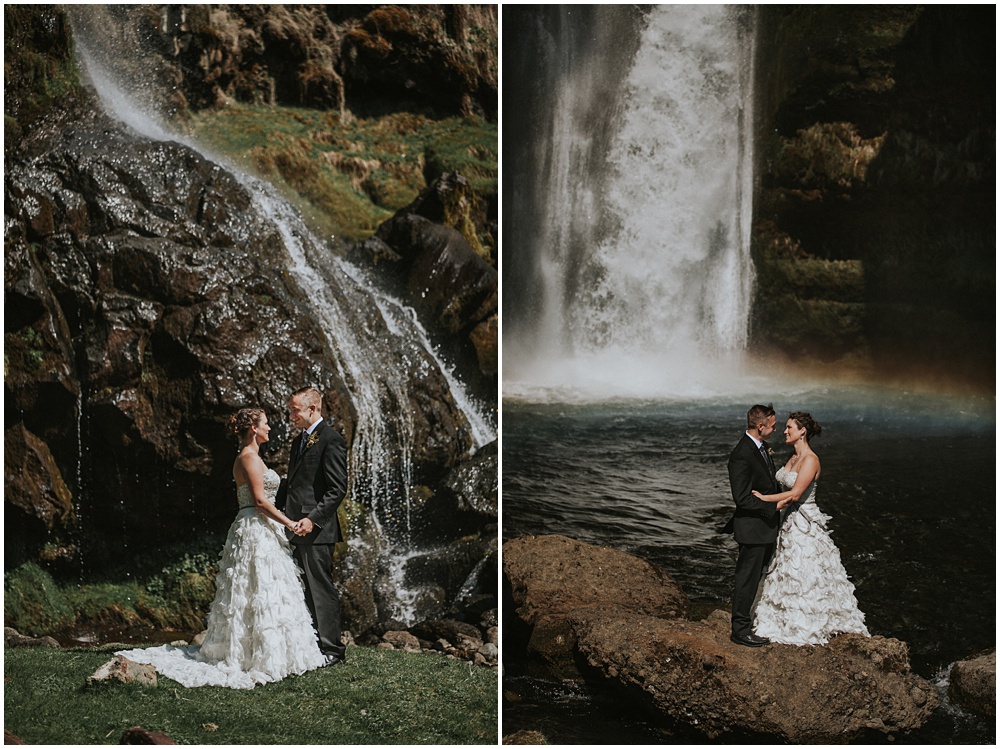 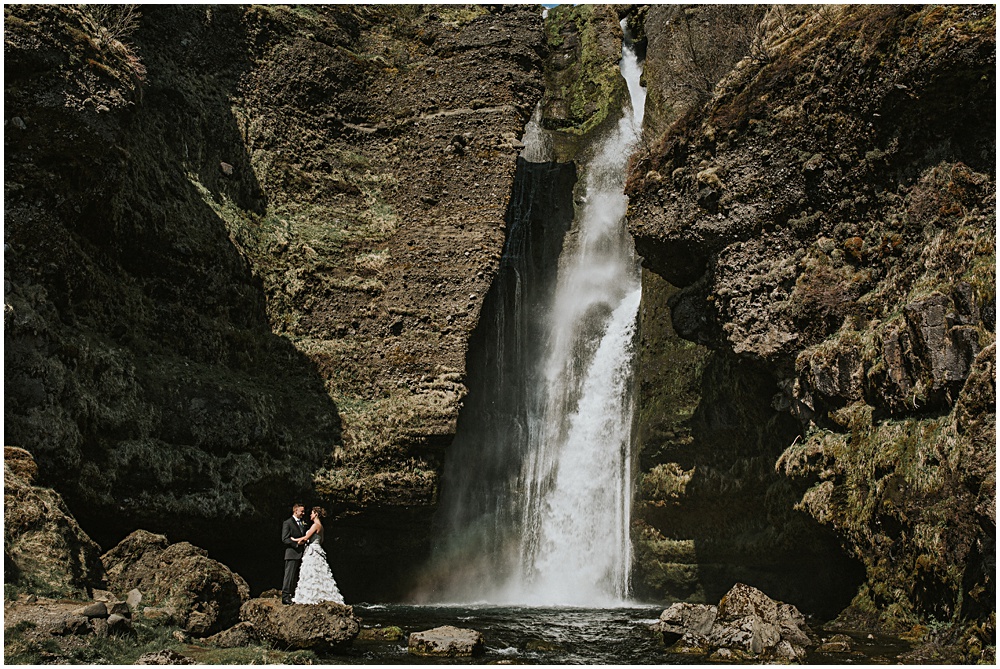 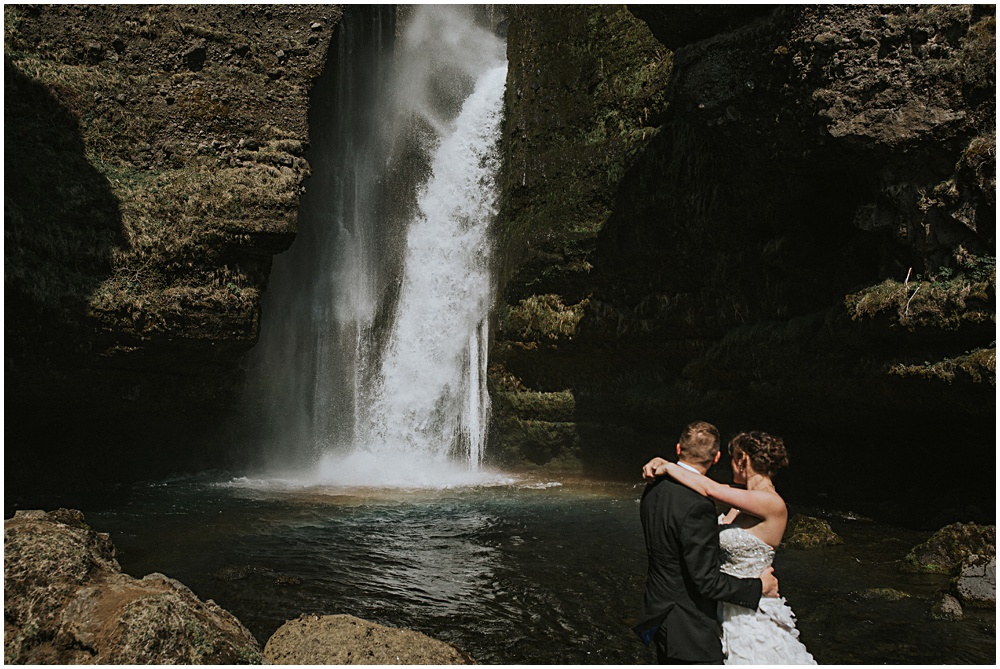 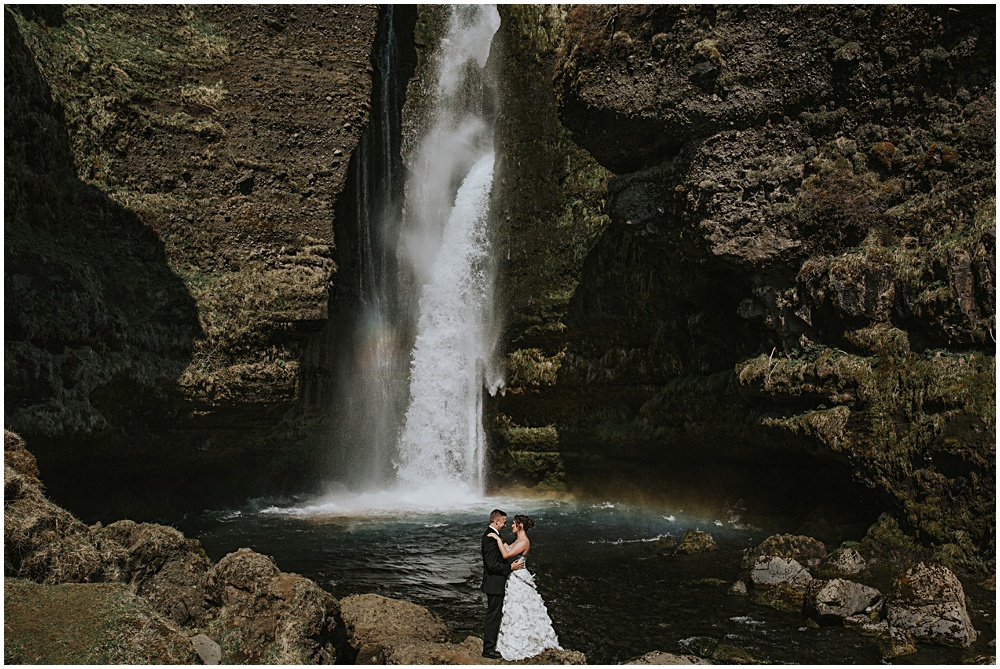 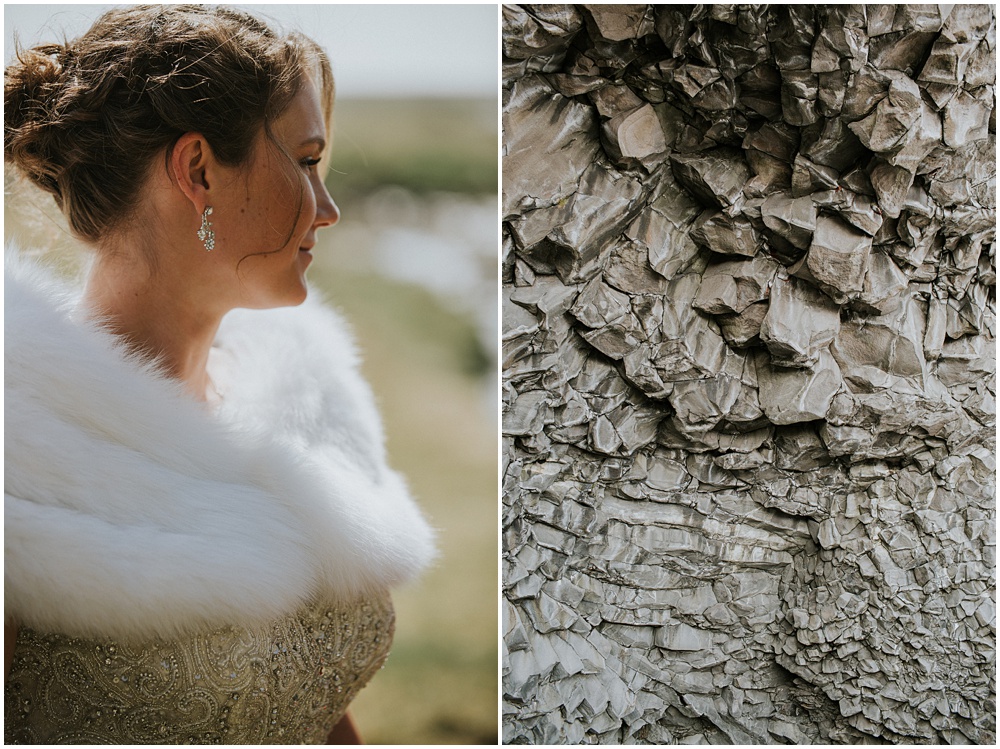 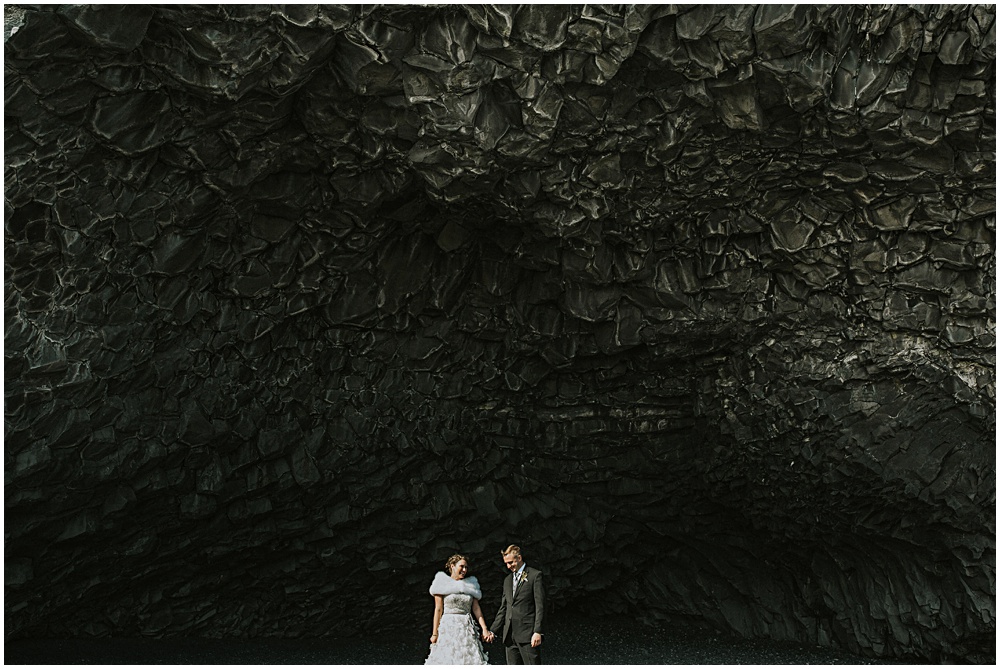 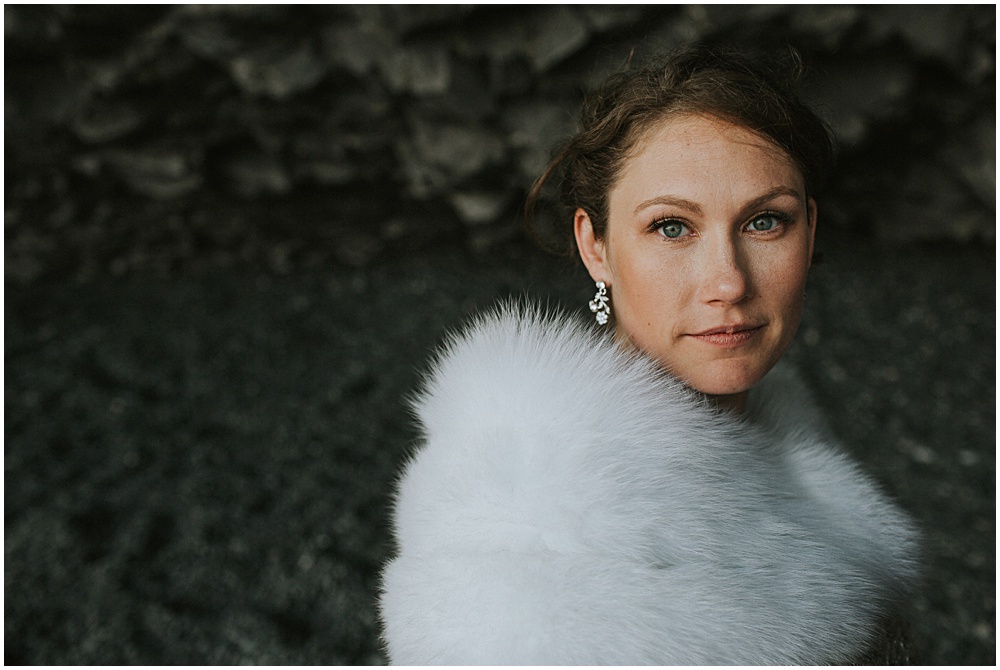 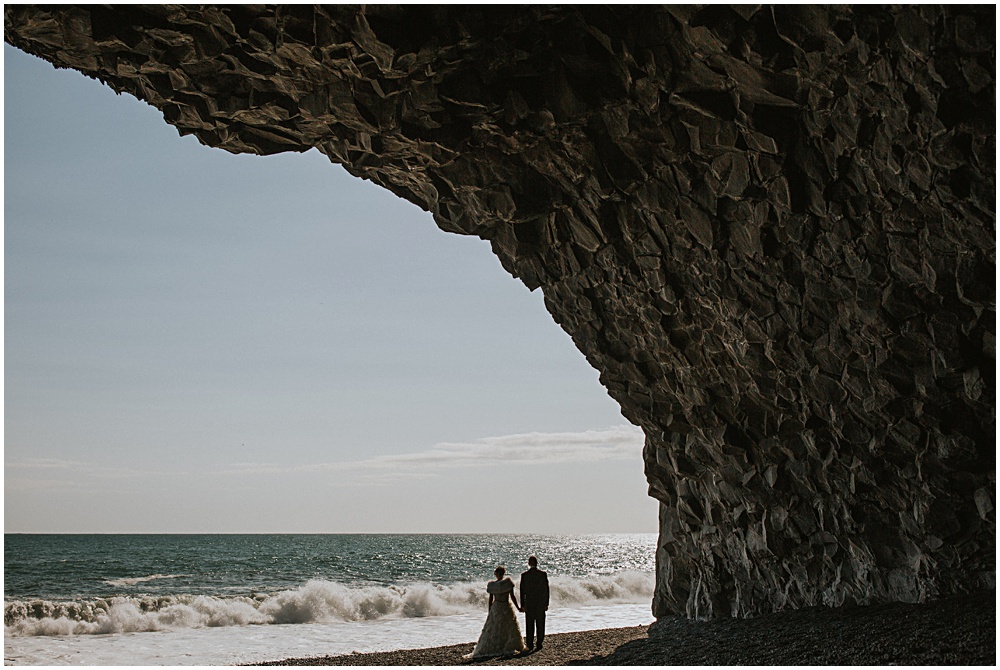 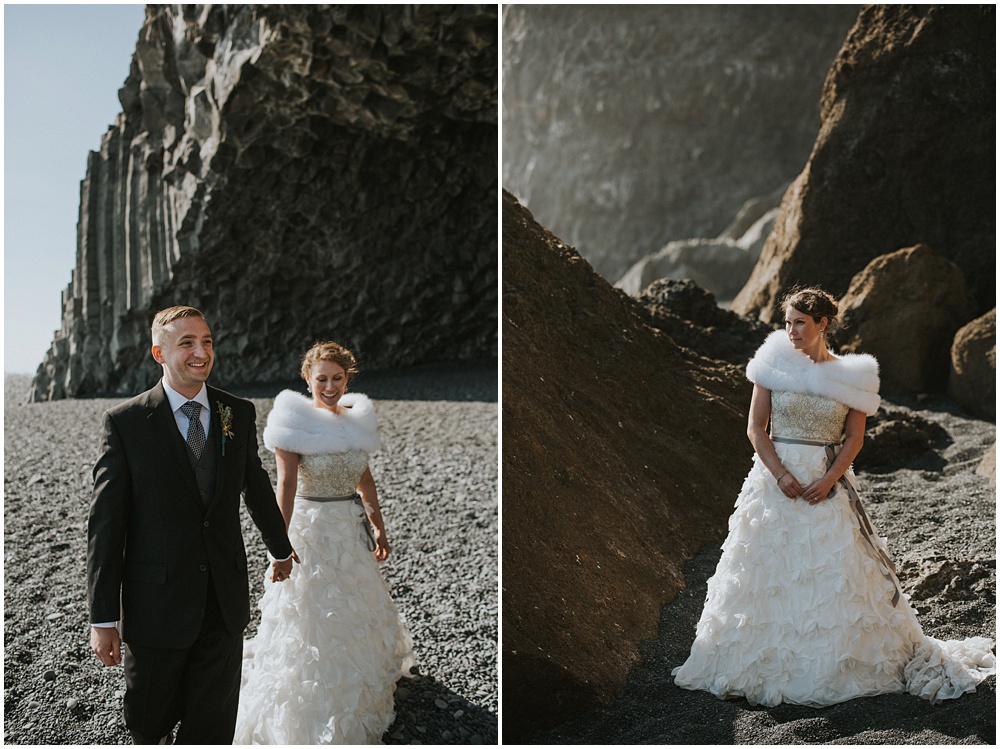 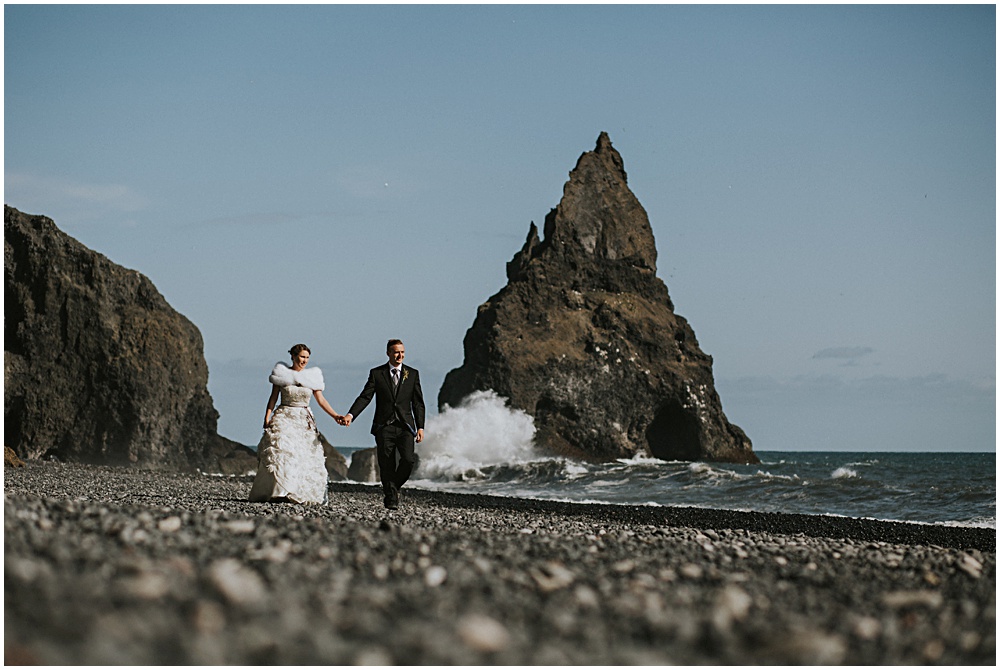 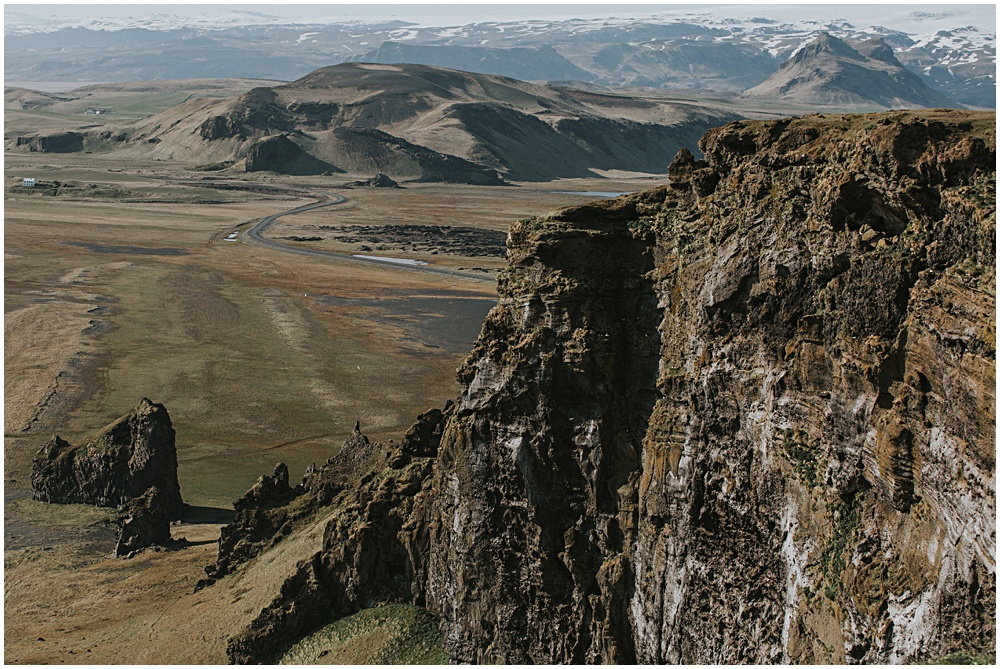 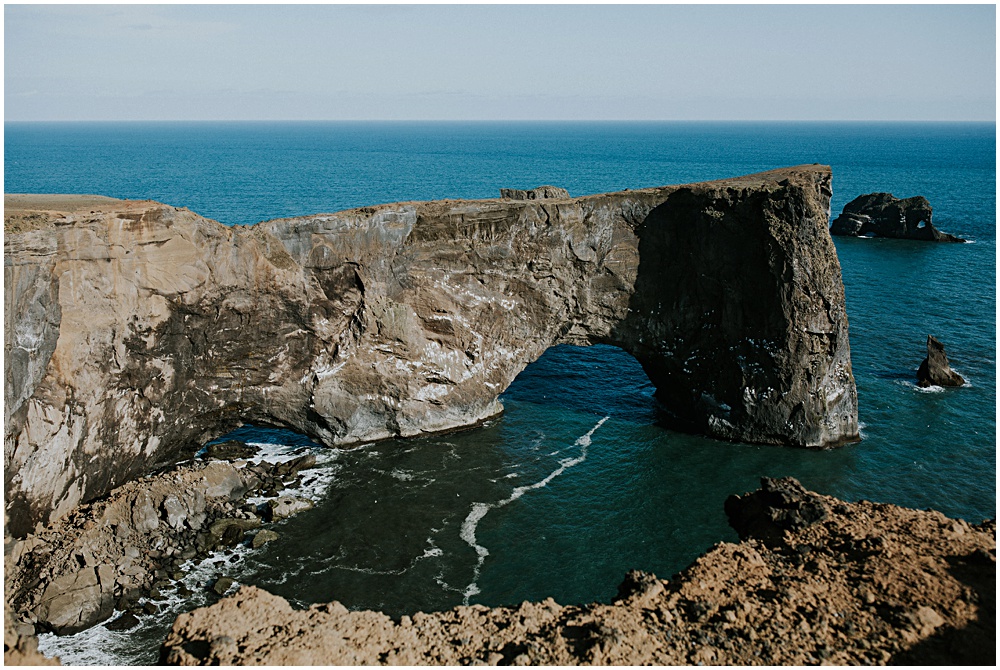 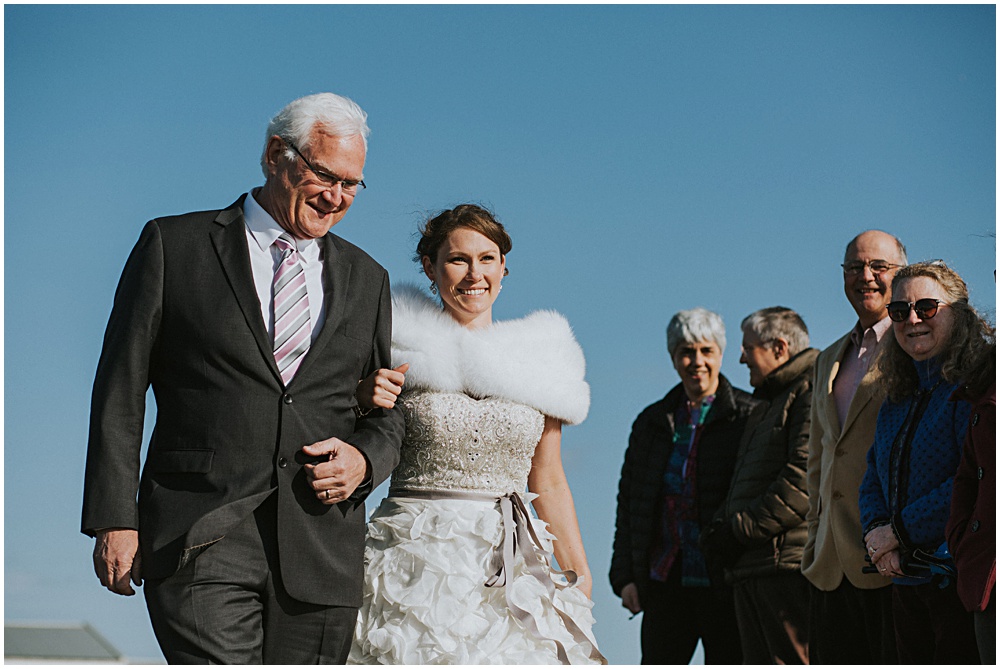 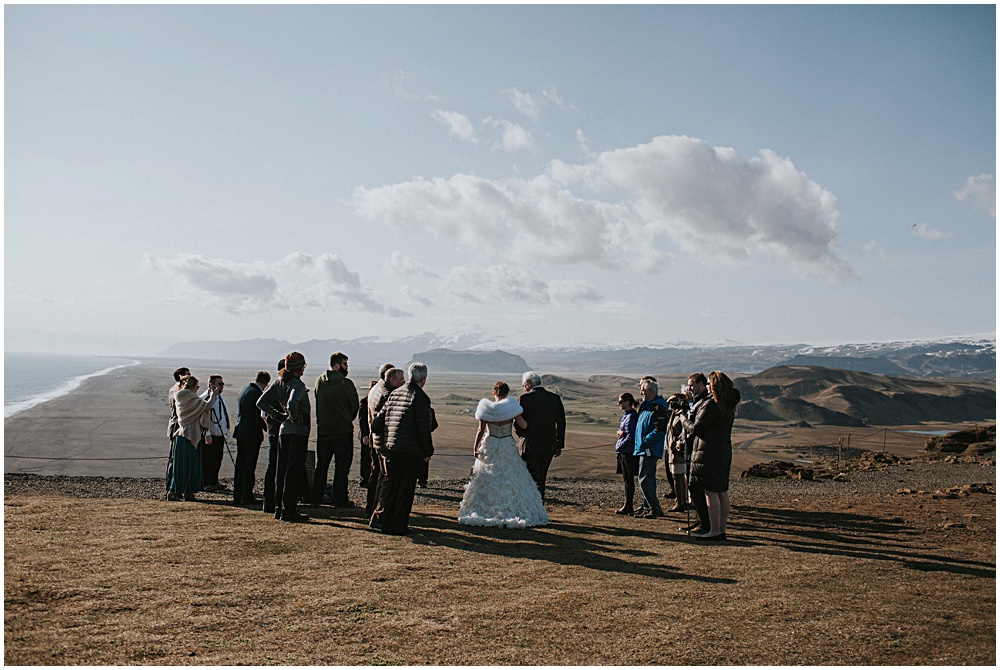 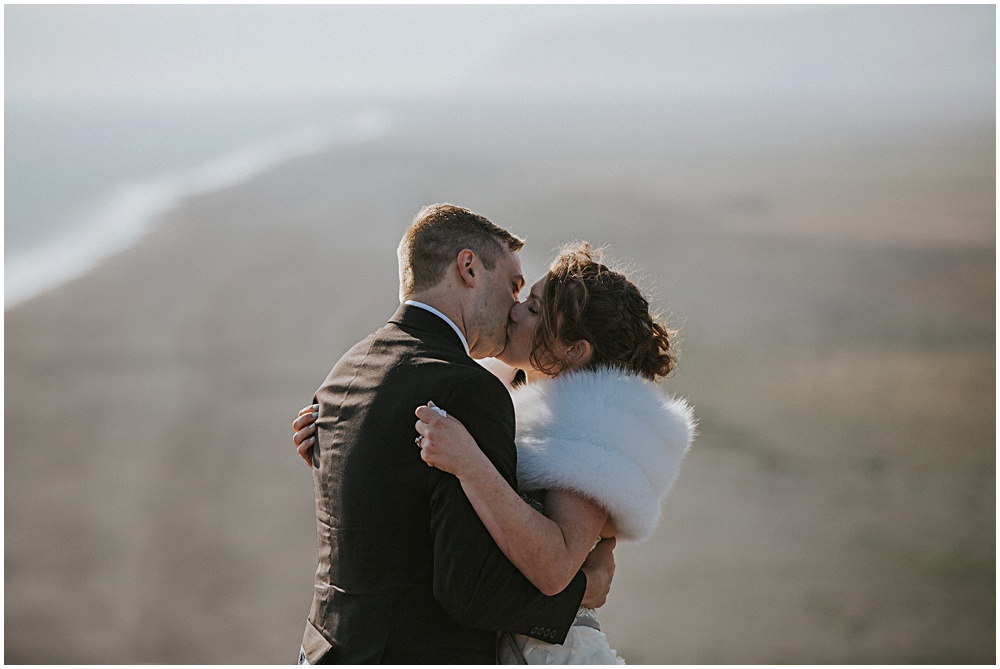 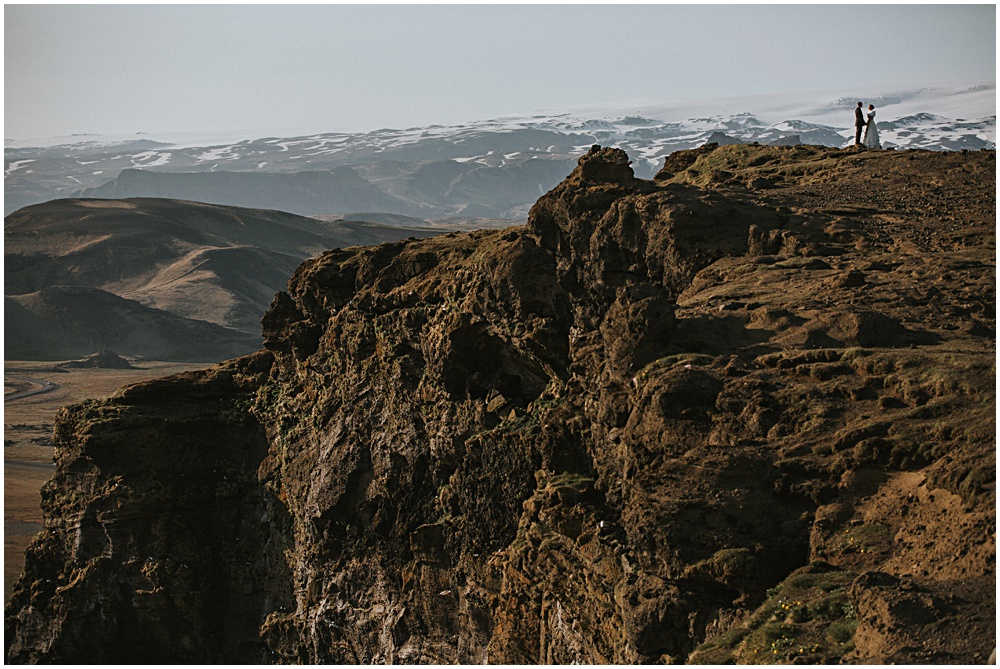 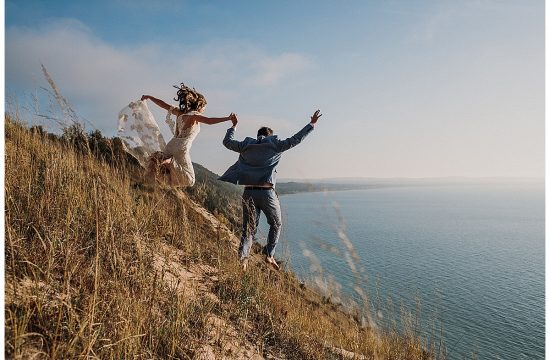 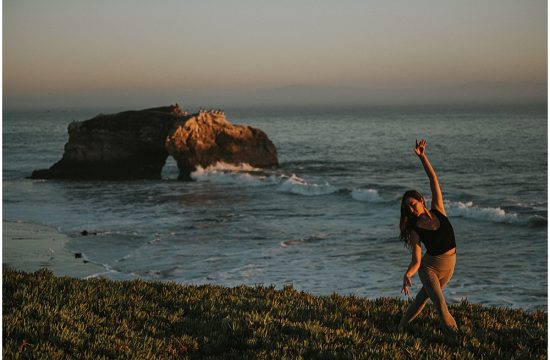 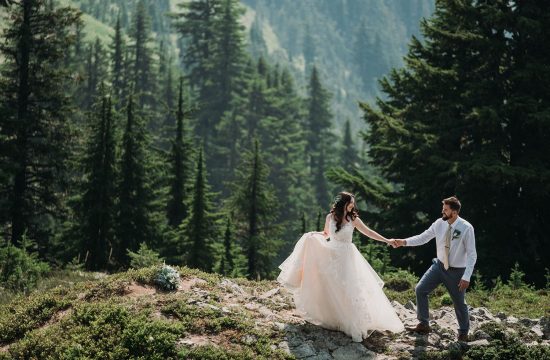